Paul Bowen met his best friend and business partner Reggie Byrd, on a hike in the Lostine area of Oregon.  On the trip, the two quickly became united around the subject of Sasquatch.  Not long after meeting, the two joined forces to create a traveling youth basketball team aptly named, The Walla Walla Squatchers.  In a continued effort to give back to the community, Paul and Reggie coached various youth teams throughout the Walla Walla Valley. Although Paul and Reggie love coaching and supporting youth, the two prefer to be in the mountains rather than in civilization.  For years, the two pondered on ways to research Sasquatch full time.  Without the financial ability to dedicate full time efforts to the quest, the two continued to push to create an opportunity to fulfill this dream.

In September of 2019, Paul and Reggie left their jobs and started a souvenir shop in Walla Walla, WA.  The entire goal of the shop was to give us time together to create a business plan which would potentially bring out goal of Sasquatch research to fruition.In 2020, the two brought on a third partner to complete the vision.  Ben Berman joined the team and Destination Sasquatch began to take shape.  Ben brings with him a plethora of knowledge and experience in internet marketing, videography and photography.

Destination Sasquatch is the vessle allowing the three to research Sasquatch full time.  While the team knows that Sasquatch exists…the motivation is to prove it to the rest of the world.  The world is full of close minded doubters.  We hope our efforts open minds so that Sasquatch and it’s believers finally receive much deserved respect.

Paul was born and raised in Eastern Washington; having spent the majority of his youth on a family farm just outside of Moses Lake, WA. Paul has been an avid outdoorsman for most of his life.  In November 2005, Paul was hunting by himself in Northeast Washington state when he came across a trackway of perfectly fresh Sasquatch tracks in a location where few humans would dare venture.  That day the snow was fresh and no other human or vehicle tracks were present, which cemented Paul’s belief in Sasquatch. 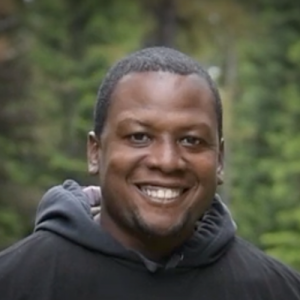 Reggie is originally from South Carolina, grew up in the country where as a kid he would frequently go into the woods looking for anything out of the ordinary. His passion for the unknown is what led him into the world of cryptozoology. Reggie was first fascinated with the loch Ness monster mystery as a kid. It was during his research on the loch Ness that he discovered the Patterson-Gimlin film. He was immediately in awe a what he had seen! He starting researching and gathering information on a daily basis. The subject of Bigfoot/Sasquatch was at the forefront of his mind every waking moment. Moving to Walla Walla in the early 2000’s only strengthen his passion after discovering the Freeman footage and cementing for him that this creature is not only real, but it was in his backyard! He was also asked to lead a team on the hit Bigfoot tv show “Finding Bigfoot” where they investigated the Mt. Shasta region for Bigfoot evidence. 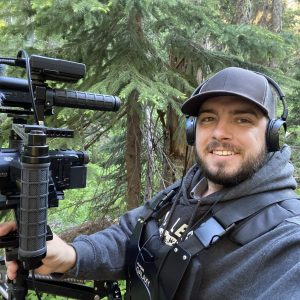 Ben grew up in the great state of Idaho benefitting from everything it had to offer. He served in the military for a little over 6 years just north of Sacramento, CA. During that time he found his passion for photography and videography starting BRB Studios. Idolizing Ansel Adams most of Ben’s photography consisted of landscapes around California. After the military Ben moved to Washington with his family continuing photography and videography. Ben prefers to be behind the camera creating content. He shares a common trait with Bigfoot by avoiding be recorded via photos or videos. Ben believes that Bigfoot could exist and that there is no definitive proof to say that it doesn’t.